People are Animals Too! The Human Side of Lab Animal Medicine

Did you know that our annual District 8 Conference was held in Portland, OR this year? Did you know that District 8 has a conference? Do you know what District 8 is (in the context of AALAS, not The Hunger Games)? The 13 AALAS branches in the ten western states make up District 8. Washington State has a branch, as does Oregon, Nevada, Utah, Arizona and Hawaii. California has six branches (it’s a big state), and Idaho and Montana are joined for one branch (Northern Rocky Mountain). The only state in our district without an AALAS branch is Alaska.

The annual conference is a time for members from all the branches to meet at the same place at the same time. This year’s conference was fantastic. The organizers went above and beyond in their preparation and organization. As with most years, this year’s conference was a mixture of workshops, short talks, speakers, awards, raffles and of course, socializing, I mean networking. Workshops held at Oregon Health & Science University included Rodent Intubation, Necropsy, Neutering and Tattooing. Workshops at the conference venue included a Mini-AALAS Leadership Academy, Suturing, Waste Anesthetic Gas Management and The NWABR IACUC Conference. And the Oregon National Primate Research Center hosted a tour of their facility.

All the speeches and presentations revolved around the theme of the conference – the human side of lab animal medicine. The keynote speaker on Thursday was Brian Anderson from Allentown, Inc, talking about how research helped save his daughter’s life when she was diagnosed with Severe Acquired Aplastic Anemia. His perspective as both a parent and someone involved in the business of animal research was both heart-wrenching and interesting. You can read an article he wrote about it here: researchsaves_magazine_fall_2012 A documentary was filmed and is part of the Bench to Bedside series. Check your local listing and set your recording device! Friday’s keynote speaker was Dr. P. Michael Conn, author of The Animal Research War gave a personal account of being targeted by animal rights activists as well as what he has learned about the activists in researching them. You can read about his book here .

There was a variety of talks on Thursday and Friday again revolving around the conference theme. Some of the topics covered were Compassion Fatigue & Humane Euthanasia (given by our own Dr. Cindy Pekow), Opportunities for Veterinary Technicians in Biomedical Research, Laboratory Animal Medicine: How others have done it, “Is it a job or a career?”, and Public Outreach in Biomedical Research.

There were lots of vendors there showing their wares. As always, a conference of this type is a great way to see the latest and greatest items available for our industry, and to meet the people that you may have only met through email or phone conversations. The vendors, as usual, were generous in their contributions to the raffle, which was ongoing throughout both days.

All in all, it was a great one, two or three days (depending on how long you attended). The

2014 conference for OUR district (District 8) will be in the San Francisco area. You should plan to attend! 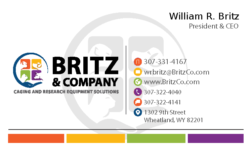